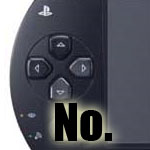 Man, so what's the deal with these faggot game companies churning out hardware with obvious design flaws that could have easily been corrected?

Like for example. Who was the genius who thought having the wii classic controller's cord at the bottom rather than on the top was a good idea? That dumbass needs to get fired. It's amazing that they just approved the production of the classic controller without fixing this. Do they not have a fucking quality control division? Oh right, Nintendo hasn't done quality control in years.

But come the fuck on. You don't even need a quality control division for this shit. Just get somebody to play with it and that's it! Obvious flaws come to light. Or just THINK. Why would you possibly want to have the cord at the bottom? I just can't understand it. Where the fuck do you want me to put the wiimote? On my lap? That's retarded and uncomfortable. On the fucking floor? I don't want to play games with a wiimote that's been on the floor, jackass. Yeah, so you're all a bunch of pigs who probably even SIT on the floor, but some of us are OCD, ok?

Then we have Sony. Fuck you, Sony. What's up with that bullshit PSP? Am I supposed to play with that thing? You certainly don't seem to want me to with that horrific design! So you don't know how to design good D-pads or control sticks? What, was the dualshock a fluke? You lost the secret formula to making a good D-pad in a fire? I just don't get it. It's like they don't even give a fuck if their system is any good. It's either that or they never tested it. "Who cares if you can barely play games on this thing. It plays UMDs!" Your customers shouldn't have to find creative ways to get around your faggotry. It should work right from the god damn start.

And you Microsoft. Don't think you're exempt from this. What the fuck is that d-pad on the 360 controller? No, that's not a d-pad. That's a... thing. How hard can it be to do this right? Come on! You have enough money for a little R&D don't you? I'm not asking you to map the human genome, it's just a fucking d-pad. Apparently they're making a new 360 controller with a better one though. But making it a limited edition promotional item only available in europe and asia while supplies last. Oh yeah. Real fucking smart, Microsoft. Smart like a dumbass. God dammit and what the hell is up with the start button being so fucking close to the X button? How many times have I accidentally paused the game when playing? Too fucking many.

In conclusion fuck you all.