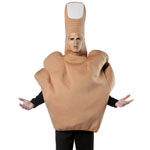 Alright look I wanna weigh in on this shit because fuck gaming lately and I need to at least say something about one particular problem.

Stop preordering games. It's bad and you get fucked. And what's worse is, you get us ALL fucked in the process.

If you preorder a game, you're giving a company money for an untested product. You commit to buying it without any actual reviews or experience. You just have their word that it's going to be the greatest shit ever shat. And then you receive the game on release day and... it's not what you thought it was. It's probably full of glitches, the online keeps disconnecting or won't connect at all, or the game just... sucks, and doesn't feel anything like the bullshit trailers made it seem like it would.

You KNOW when you see screenshots and videos that it's all a lie. You know that. You all do. Every single person out there knows they're being lied to when they see any kind of marketing. But most people just want to embrace the lie I guess. They want something to look forward to. Some hope to cling onto that something great is coming, maybe. I don't know. All I do know is, everyone needs to stop dumping money on these companies because if you do, they'll just keep making shit games because hey, fuck you, you already gave them your money. Now they have no incentive to give you the product you actually wanted.

Unless we all stop preordering games.

If we stop giving them our money until they earn our money, developers and producers alike will start caring about making their products better, or they won't get the money they want.

So yeah just stop being dumbfucks and keep your damn wallets in your pockets for a few extra days or weeks. Wait and see. Then give companies your money when they deserve it.

And yeah I know this is naive as fuck and won't change a thing. But fuck it I wanted to say it because sometimes I just get sick of shit and if I don't rant to show everybody how totally morally flawless I am I won't feel satisfied and my ego won't be sated because it has to put this shit out there so someone can stroke it right?

And look, I know preordering used to serve an actual purpose. It used to be there because in the good old days when nobody fucking played videogames, not many games were produced. If there was a big title coming out you REALLY wanted, you risked not being able to get it for WEEKS or maybe even longer if you missed out, because it'd actually sell out. These days that's not a problem. They always produce enough, unless they're Nintendo in which case they intentionally produce about 2% of what they actually know they'll sell to create false demand or something. Seriously fuck Nintendo forever. But that bullshit aside, it's not an issue anymore.

Pre-ordering shit used to allow companies a little insight into how many units they could expect to move, and help them estimate how many they should print right off the bat. It wasn't an exact number but it gave them an idea. Now, they don't need that. They don't care. They just want your money, faster. Fast enough that by the time you realize what a mistake you made, it's too late.

If just a handful more people in the gaming community would just wait one extra day before buying a game, so many poor games would remain unsold and it'd send a message. Gradually, it would send a message.

But that's enough of that highly unrealistic idealism. It'll never happen and we'll get fucked until we die, because it's what we want. Everyone just really wants that big dick in their mouth.